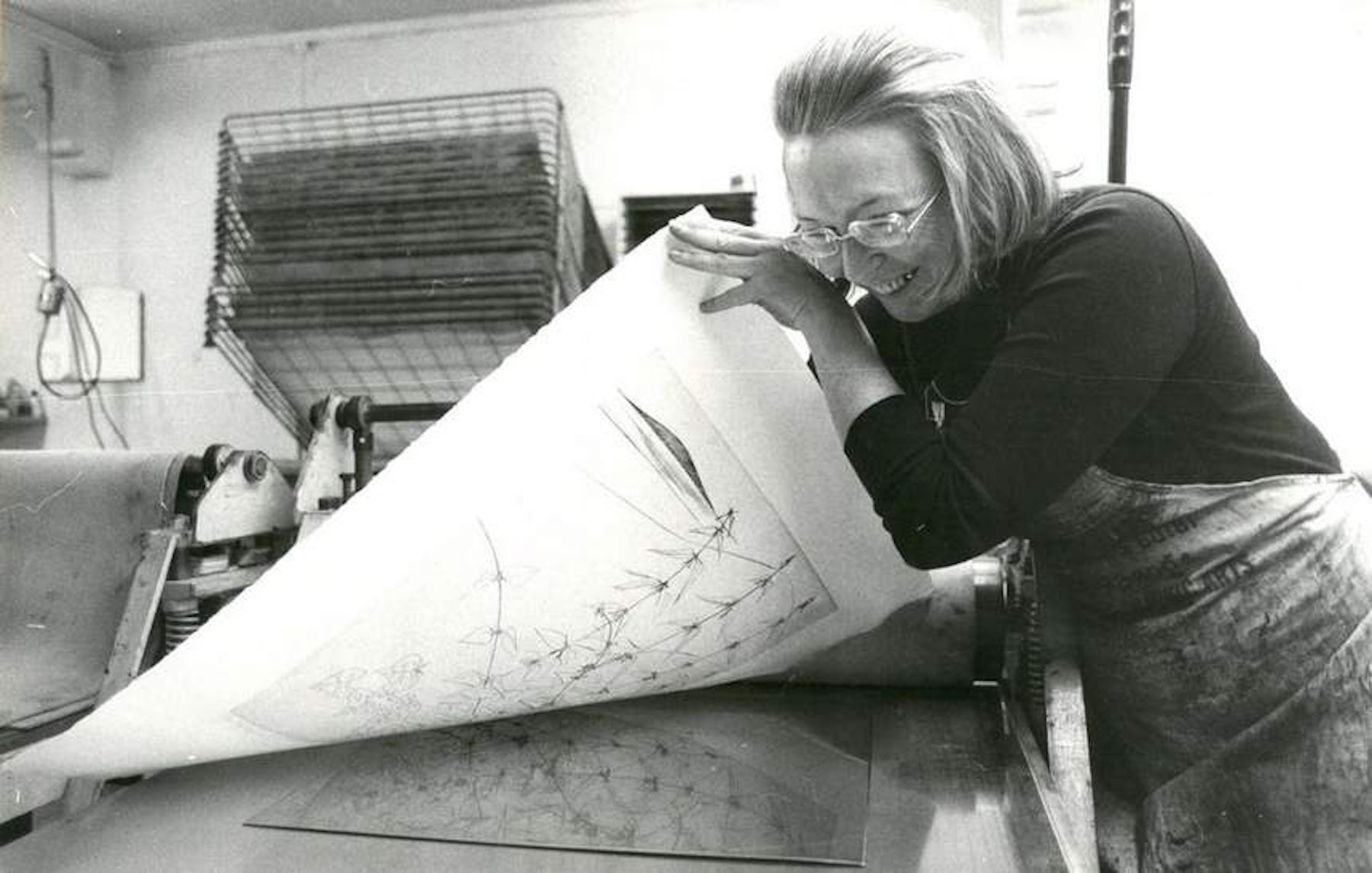 In 2003 Anne Breivik gave her art collection with an estimated 1500 works of art (mostly graphic art) to Atelier Nord. Due to a lack of resources connected to archiving, storing and exhibiting the collection, Atelier Nord had to give up the collection. It is now transferred to Trondheim kunstmuseum.

Atelier Nord wishes to give a brief overview of Anne Breivik and her life’s work as the founder of Atelier Nord. For questions regarding Anne Breivik’s art collection, please contact Trondheim kunstmuseum.

Techniques
Through most of her artistic career Anne Breivik used copperplate engraving and etching, with particular focus on the characteristic method of using several colors on the same plate – a technique known as the Hayter Technique. This particular school of graphic arts is know for its experimental and exploring attitude towards techniques and artistic processes. Anne Breivik became nationally and internationally known using the Hayter Technique. As early as 1986 Anne Breivik started to use computers in her creative process and thus became a pioneer in Norway in the field of Electronic Art. Atelier Nord changed direction and started specializing in art using digital media. This change of direction brought Atelier Nord to its current form, and the foundation is still, in the spirit of Anne Breivik, internationally rooted.

Anne Breivik – an art politician
In a period of 15 years, Anne Breivik was involved in art politics, firstly as a Director of The Association of Norwegian Printmakers, where she earned a double honorary membership. Later Anne Breivik became the Assistant Director for the Arts Council Norway. She can take credit for much of the progress the Arts Council made in the eight-year period she was there. She can also take credit for the development of the system for subsidies for artists and artist driven art promotion in the same period.