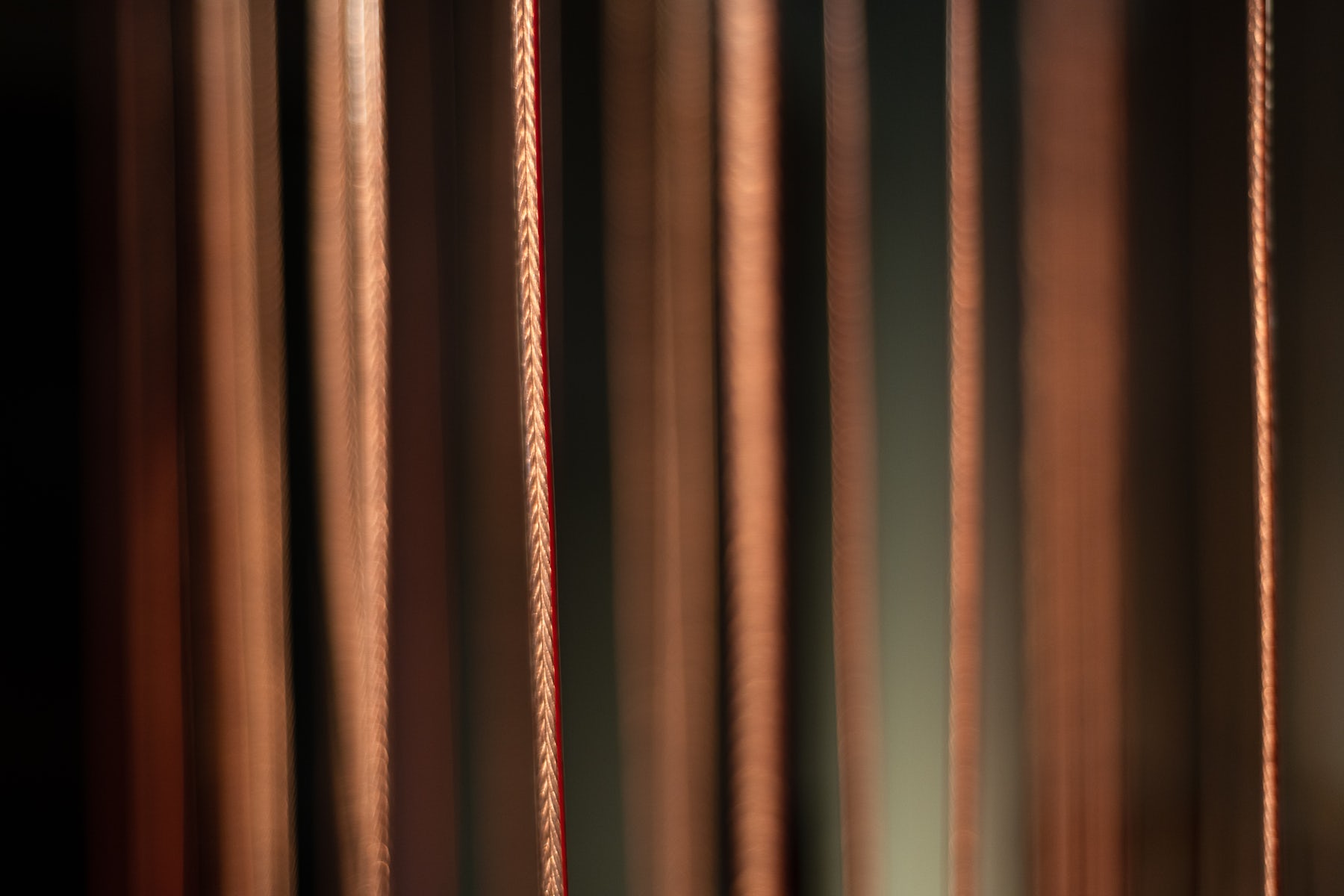 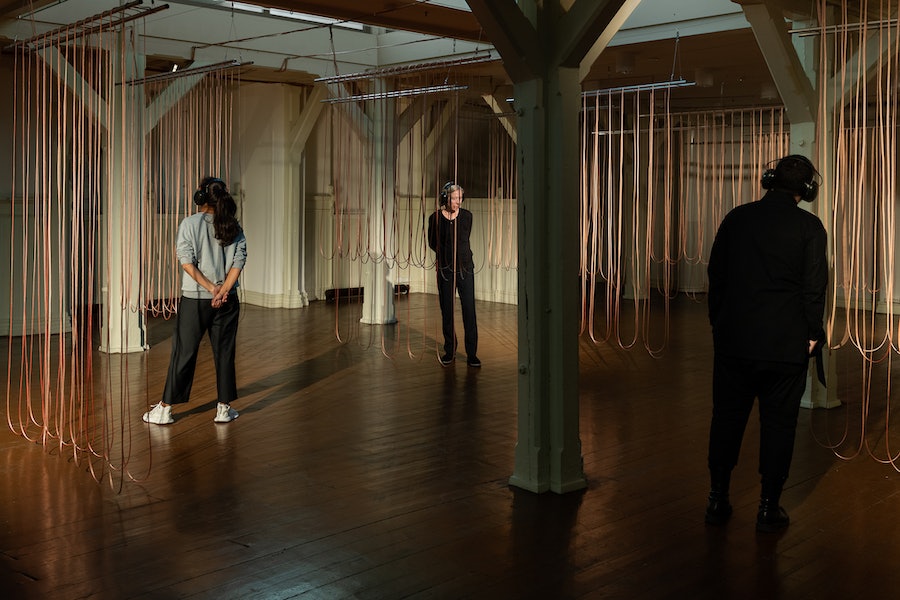 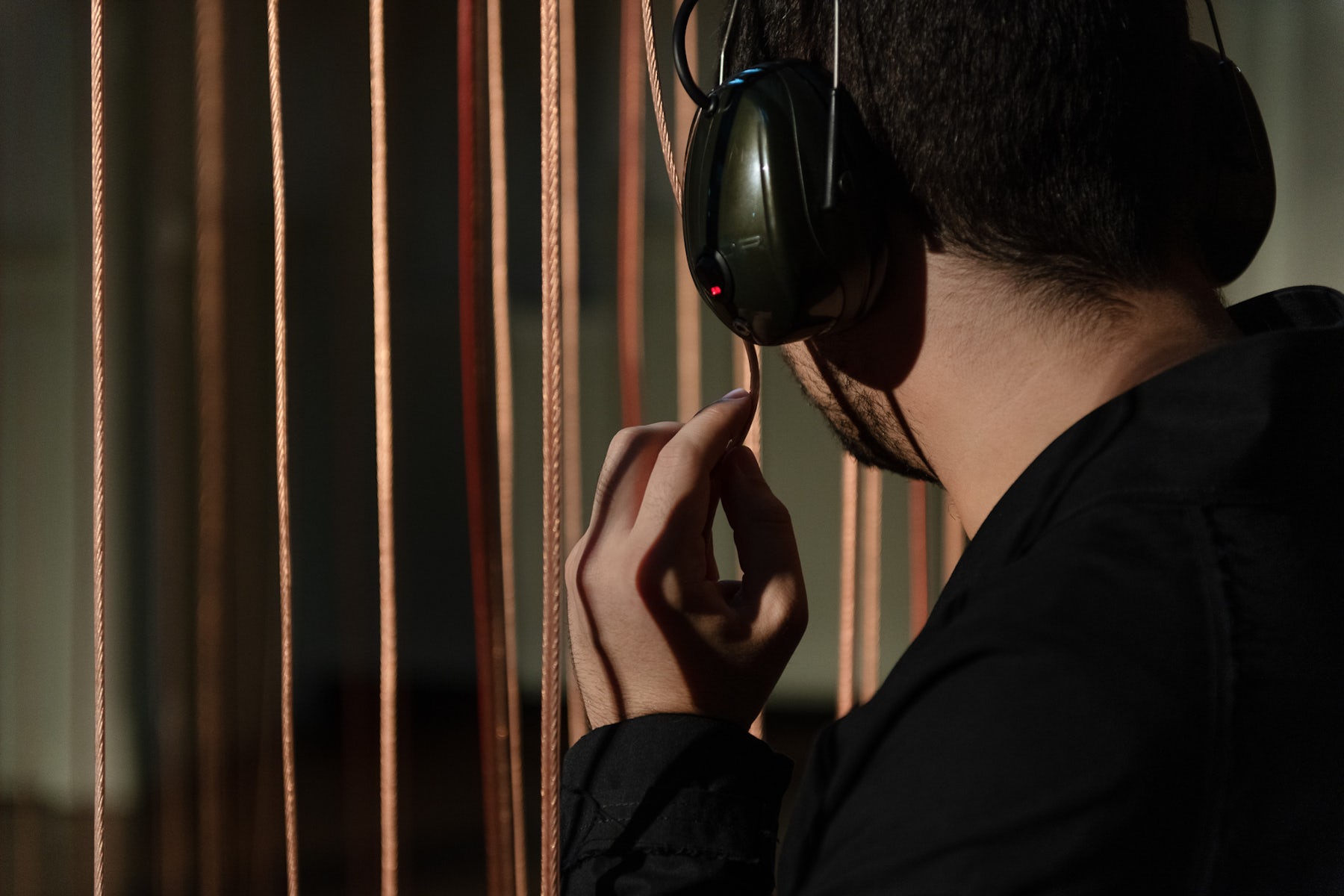 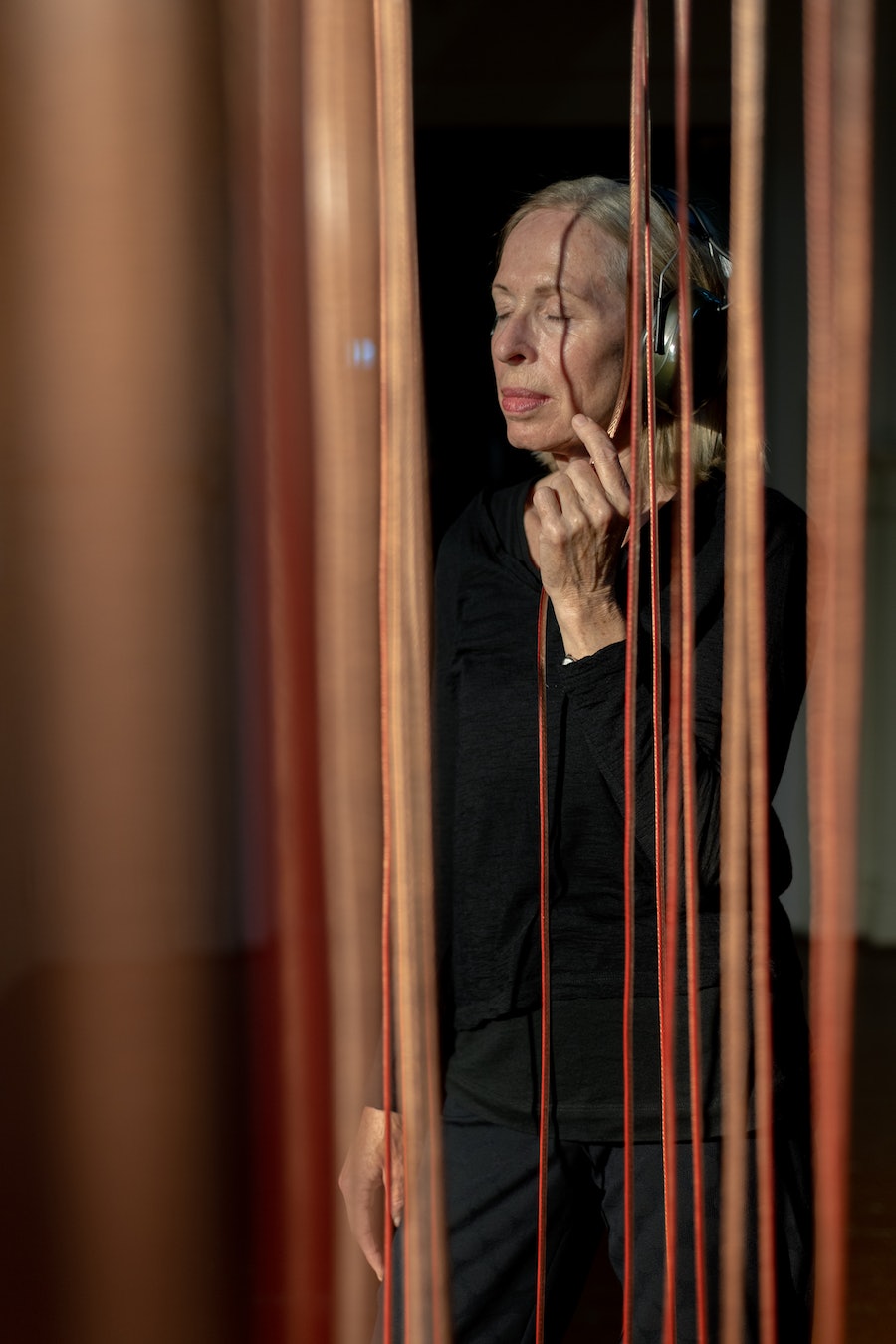 Please join us for the exhibition opening on Thursday 5th of September, 7 PM.

Christina Kubisch (b. 1948 Bremen, Germany) is among the world’s leading sound artists. Inspired by the work of John Cage, Phill Niblock, Pauline Oliveros and other composers that connected conceptual art and avant garde music, she has since the 1970s created sound installations that displace the hearing range of the average human.

Kubisch has studied both electronics and composing and has a long history of working with sound outside the confines of the static presentation allowed by the concert stage. She was one of the first to use the term «soundscape» to describe a listening experience were the listener is contained «inside» a shifting field of sound. In Kubisch’s installations visitors’ movements and sounds captured by electronics often add an element of chance to the experience.

WEAVING is a site-specific installation developed by Kubisch for Atelier Nord and The Ultima Festival. The piece consists of approximately 1200 meters of copper wire draped over ceiling mounted steel tubes. Visitors wear custom-built headphones which receive and mix sound carried by the mounted copper wires through electromagnetic induction. Kubisch’s composition for WEAVING consists of electromagnetic drones and rhythmic patterns built from the waves of digital senders and receivers and other data activities. These sounds are the product of digital networks and are outside of the frequency range normally registered by the human ear. WEAVING turns our attention to the hidden electromagnetic soundscapes of cities and the multitude of electronic systems that are active in urban environments at any given time.

Christina Kubisch lives and works in Hoppegarten outside Berlin. She is known for her electroacoustic installations, her performances (often in collaboration with musicians and dancers) and her work as a composer. She has participated in the Venice Biennale (1980 and 1982), documenta 8 (1987) and Ars Electronica (1987 and 2010). She is the recipient of numerous awards and prizes including the Award of the German Industrial Association (1998) and the composition grant of the city of Berlin (2000). Kubisch was professor of audio-visual arts at the art academy in Saarbrücken from 1994 until 2013. She is a member of Akademie der Künste since 1997.

WEAVING is part of Ultima 2019. Produced by Atelier Nord with generous support from Goethe-Institut Norwegen.