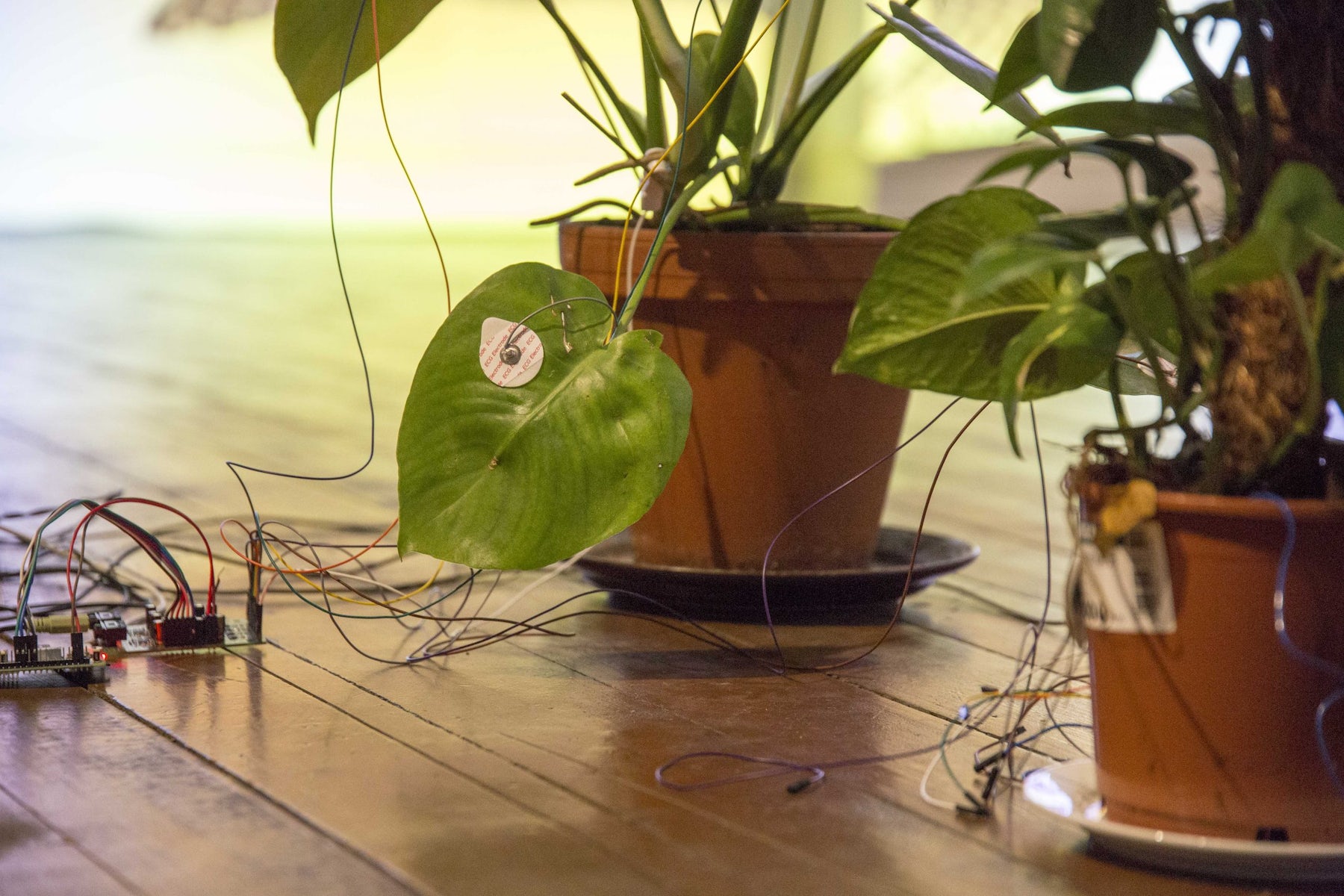 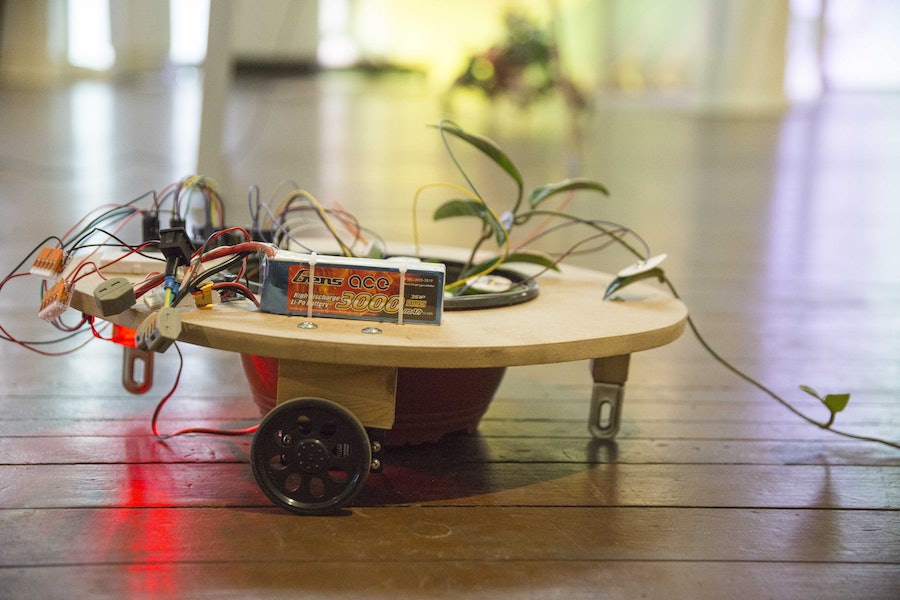 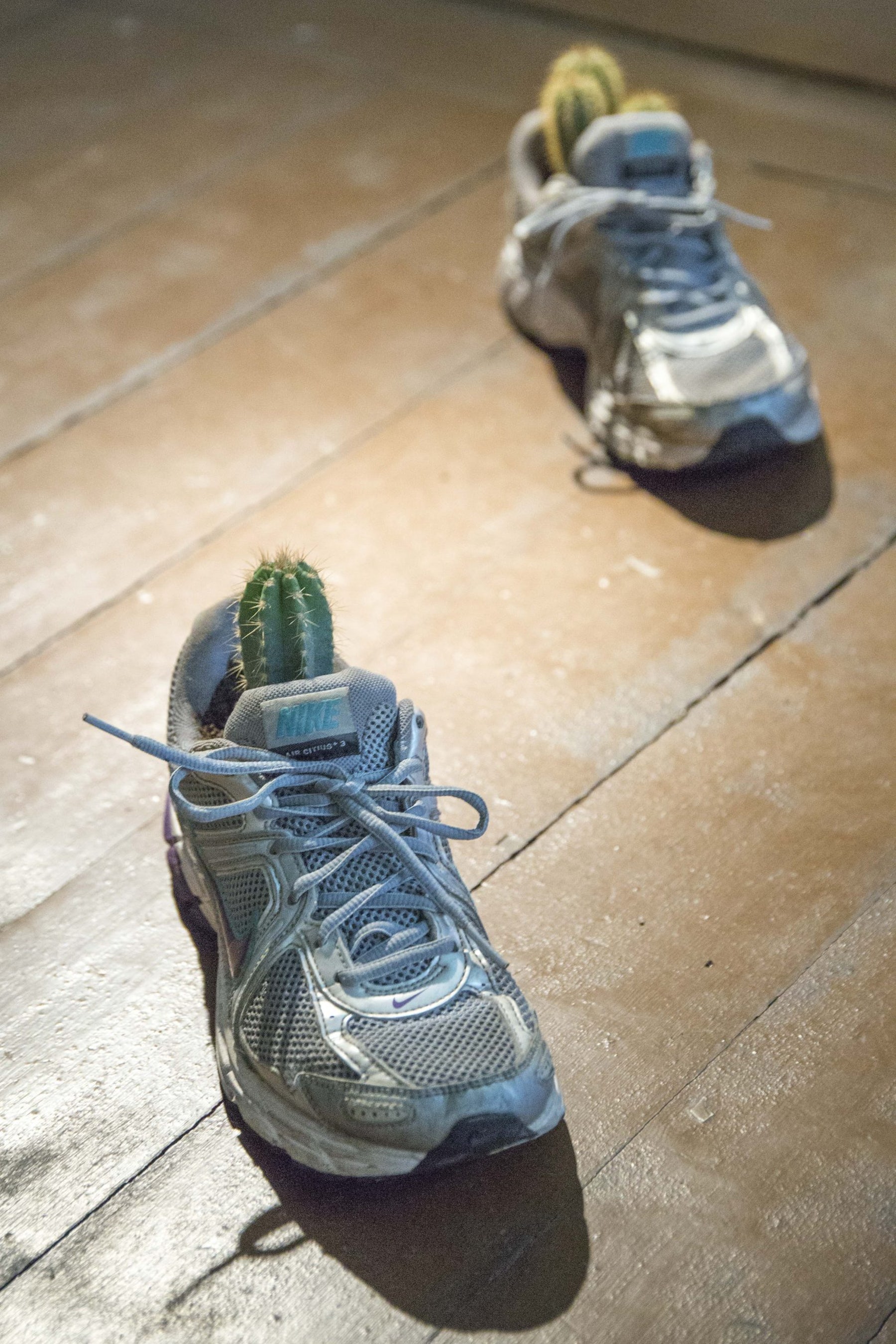 Please join us for the exhibition opening on Thursday 31st of May from 7 PM.

Performances during the opening:
«Conversations Between Bodies» by Sara Rönnbäck oand Daniel Slåttnes
«Action at a Distance» by Inger-Reidun Olsen
Audio-visual concert by houseplants

I began working with a houseplant from my studio in 2015. In the beginning, we sat together, often for hours at a time. I wanted to collaborate with the plant. With our meetings as a point of departure, I created a series of sculptures based on the impressions the plant gave me.

It felt natural to converse with the plant, but what should we converse about? I felt it would be easier with a form of bodily conversation. I tried to imagine the plant breathing. I focused on my breath, air streaming down my windpipe and out of my nostrils. I imagined the plant breathing the same air through its pores.125

Listening to each other’s electrical signals was helpful for the collaboration, but I had a feeling that it would be easier to relate to the plant if it could move. I decided to build robotic legs, that the plant could control with its electrical signals. This «plant prosthesis» is a project in continuous development, with the assistance of professionals within the fields of electronics and electrophysiology.

The plant, like my cat, like my wife, are all individuals that I try and connect with. What do they want? What are they attempting to communicate? We can’t understand each other completely. We can’t share everything, but we can share the relation we have with each other. We constantly communicate with discreet signals. And in the contact we share signals can begin to resonate. – Daniel Slåttnes

–
Daniel Slåttnes lives and works between Oslo and Västra Ämtervik, Sweden. He completed his MFA at the Art Academy of Oslo in 2014. Recent exhibitions include Conversations Between Bodies (with Sara Rönnbäck), BOA in Oslo in 2017: Seances with Materials, Podium in Oslo and Hotel Pro Forma in Copenhagen 2015, Platform 1-12 Slovakia in 2017.

Vegetal Connections was selected by a jury as part of Atelier Nord’s yearly open call. There were 72 applications in total. The exhibition is supported by Arts Council Norway. 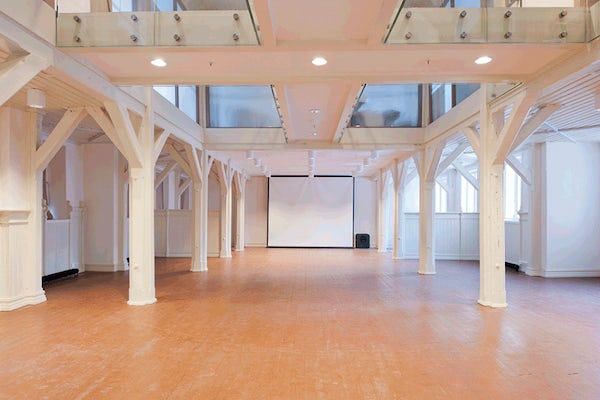