Steina and Woody Vasulka: IT’S ALL ABOUT THE SIGNAL 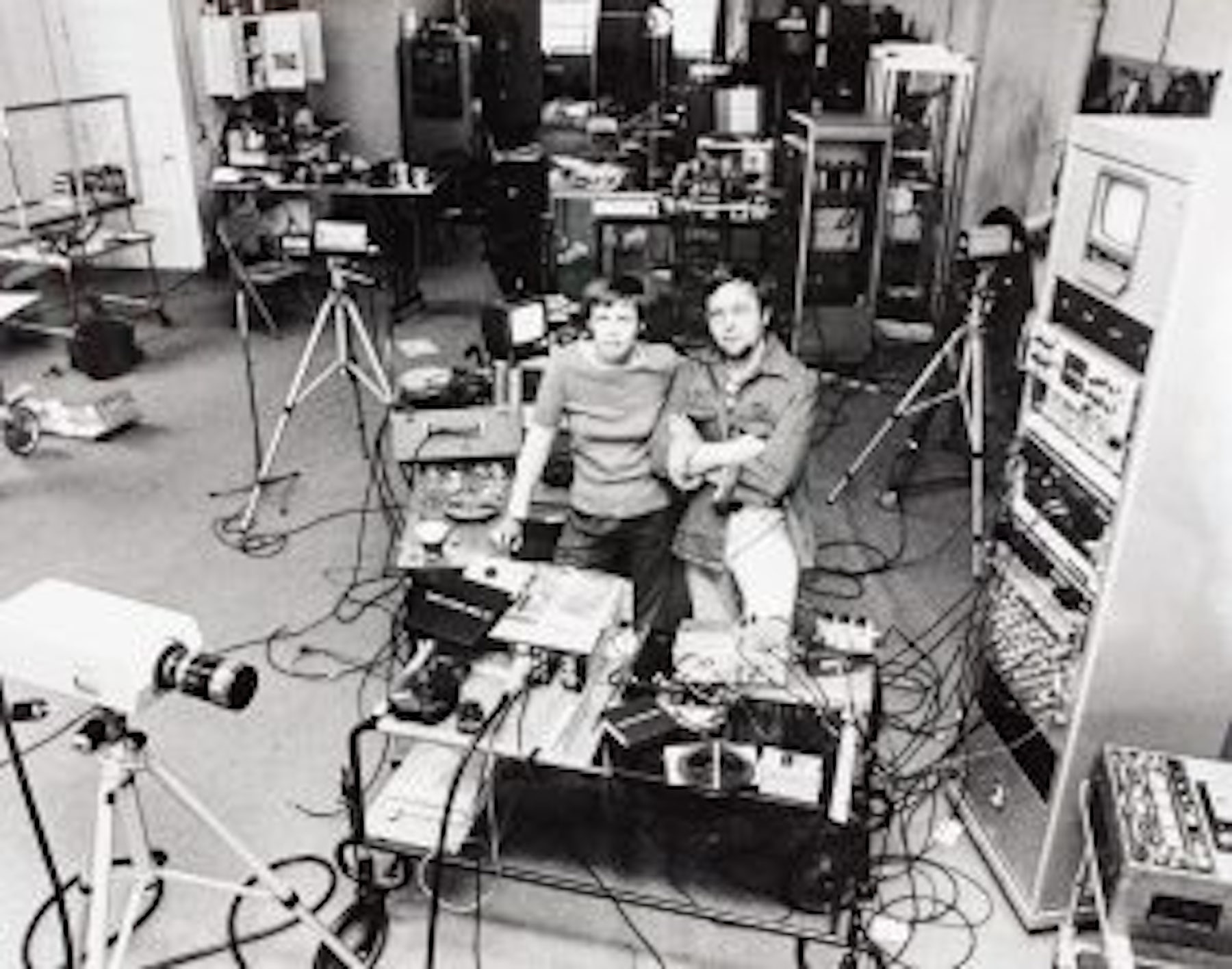 Steina (b. 1940, Reykjavík) and Woody Vasulka (b. 1937, Brno) are central figures in the history of video art. They were among the first artists to show interest in the medium in the late 1960s, when the first commercial video camera (Sony Portapak) became available. Their body of work – together and individually – spans analogue and digital investigations of the materiality of the video signal, optical machine installations and performance.

In the 1970s Steina and Woody Vasulka began investigating the generative and formal properties of the video medium. Electronic tools like video synthesizers and video sequencers made it possible to manipulate the video signal itself, creating images without an iconic relation to the outside world. This highly technical approach to image production stood in stark contrast to work where artists pointed the camera towards themselves, observing themselves in real-time on a monitor, or made use of the vocabulary of TV or cinema. For Steina and Woody Vasulka the materiality of the video signal itself was central, as a field of inquiry which allowed for work that reflected on time, space and the sensory apparatus.

The Vasulka’s interest in the video signal led them to participate in the development of new tools that allowed for increasingly more advanced techniques. They developed  The George Brown Field/Frame Video Sequencer, also known as The Field Flip/Flop Switcher, together with George Brown in 1972. This sequencer was used to produce Noisefields (1974), where a camera was pointed at a circular form, before video noise was keyed onto the circle. The sequencer is then used to switch between inverted and non-inverted display mode with each passing frame, so that a flicker-effect occurs.

In an early work, Decay II (1970), the Vasulkas explored the physical properties of the videotape in relation to the signal. The audio signal was used to generate forms and the tape was subsequently manually manipulated and re-recorded several times, causing the image to decay.

Woody Vasulka was also interested in the relationship between video and collective memory. In Art of Memory (1987) he made use of the most advanced digital techniques of the time to create a composite landscape where tragic, monumental events from the 20th century pass by in sculptural configurations. Political and and human tragedies like the use of the nuclear bomb or the Spanish civil war can be read in relation to media technology – media as part of the machinery of war, but also the material support that allows history to unfold in every passing moment.

Steina and Woody Vasulka founded The Kitchen in New York in 1971, which continues to be an important centre for the media-based art scene. They taught at The Department of Media Studies, State University of New York concurrently with Hollis Frampton, Tony Conrad and Paul Sharits among others. Their work has been shown blitt at MoMA in New York, San Francisco Museum of Modern Art and Center for Art and Media i Karlsruhe.

With IT’S ALL ABOUT THE SIGNAL Atelier Nord aims to shed light on the technical diversity and wide-ranging will to experiment that characterises Steina and Woody’s contribution to the signal-focused tradition within video. The exhibition includes several interviews and conversations with Steina and Woody from the 1980s, that give an unique look at their approach to the video medium.

IT’S ALL ABOUT THE SIGNAL is developed in collaboration with Kristín Scheving at The Vasulka Chamber and National Gallery of Iceland, with support from Arts Council Norway.