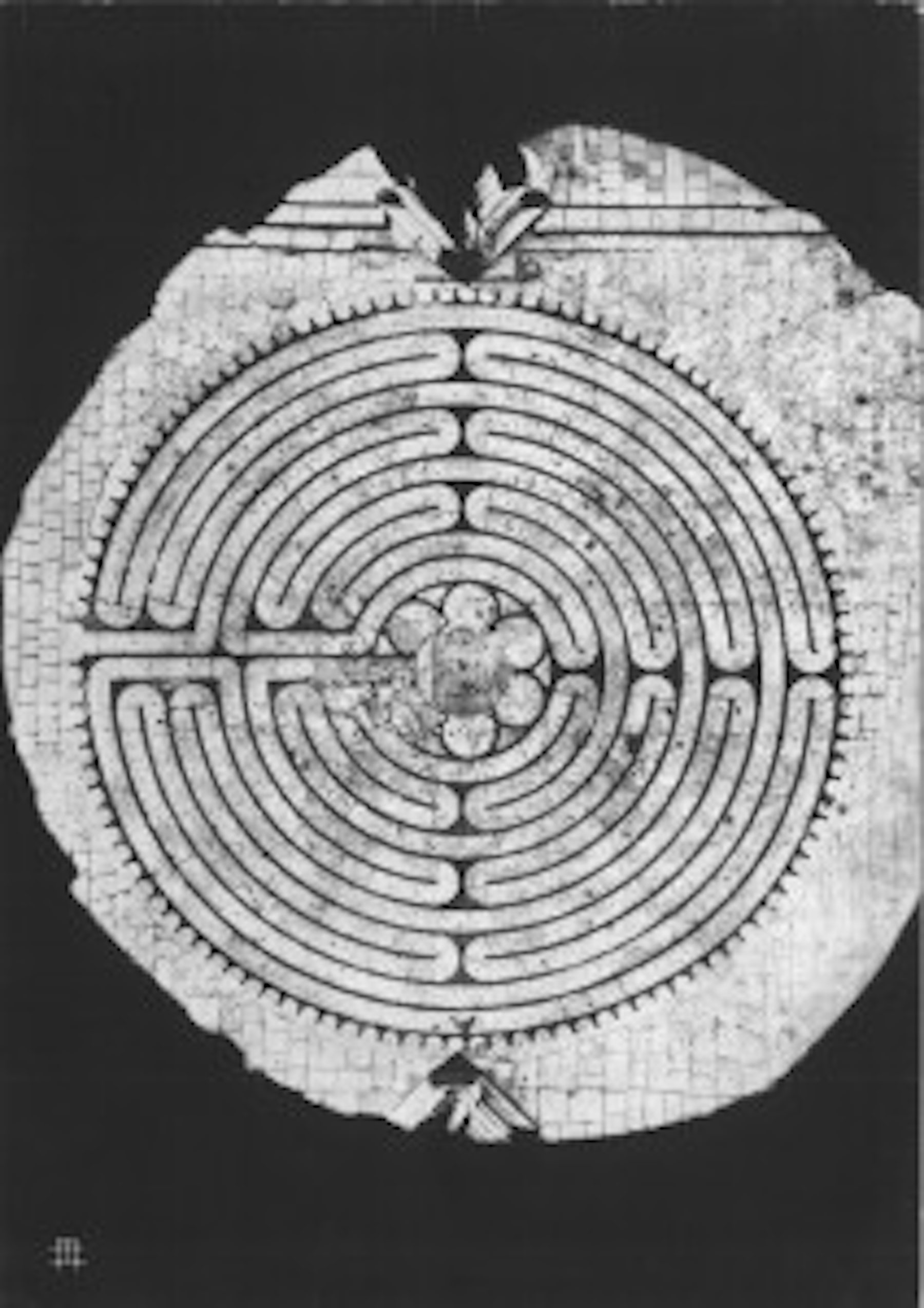 Welcome to the exhibition opening Friday 11th of September at 4PM.

Atelier Nord is pleased to present Terry Fox’s audio installation The Labyrinth Scored for 11 Different Cats (1977) along with his video work INCISION (San Francisco, 1973) at Atelier Nord ANX during this year’s Ultima Festival. The exhibition is curated by Carsten Seiffarth and facilitated by Marita Loosen-Fox.

Between 1972 and 1978 Terry Fox created works that where methodologically linked to the metaphorical use of symbols in the labyrinth on the floor of the cathedral in Chartres, which is composed of 11 concentric circles, 34 turns and 552 steps. The numerical and geometric structure of the stone mosaic became the inspiration for many of his works, including his only composition for tape The Labyrinth Scored for 11 Different Cats. The point of departure for the work, the idea that cat purrs resemble the sound of steps in the labyrinth, came to Fox during a visit to the studio of a colleague, where there was a cat that always purred while it sat in Fox’s lap.

In order to realize the work Fox needed 11 cats that where exceptionally loud purrers, one for each of the circles in the labyrinth. He placed an ad in a San Francisco newspaper, but was only able to find five cats that purred loudly enough: Tom, Bugaloo, Puffin, Ernest and Samantha. When Fox travelled to Z.B.S. New York in Upstate New York to make the final mix of his recording he was pleased to discover that the studio had several cats that all purred enthusiastically: Paddy, Miriam, Furgeson, Spot and Arthur. Thus Fox had collected recordings of 11 cats, including the cat from his colleague’s studio.

The use of the cats to represent the 11 circles in the labyrinth along with Fox’s idea that 10 seconds of purring represents each of the 34 turns, allows the work to be interpreted as a process that reconstructs movement in a space, with each section of sound representing a given position in the labyrinth. As such, when this process reaches the centre of the labyrinth the sound of all 11 cats can be heard simultaneously. Fox compared the labyrinth to an instrument – not just an object that creates noise, but also an object with the potential to create experiences and change states of mind. Fox understood sound as a far more universal form of communication than language.

In INCISION (San Francisco, 1973, Camera: Terry Fox / Sound: Terry Fox, Tom Marioni) the path of the labyrinth of Chartres, carved into a 6″ in diameter plaster disk, is followed in extreme close up by a portapak camera with a plastic dime store magnifying glass attached to its lens to the accompaniment of two homemade instruments.

Terry Fox (1943 – 2008) was an influential figure, involved in many of the innovative, experimental practices that emerged on the American art scene in the 1960s and 70s including conceptual art, performance, video art and sound art. Fox often used his own body as a point of departure for his work. Fox participated in several important international exhibitions including Documenta 5, 6 and 8 and the Venice Biennale in 1984. He collaborated with several other influential artists, including Joseph Beuys, Vito Acconci, Dennis Oppenheim and Bill Viola.