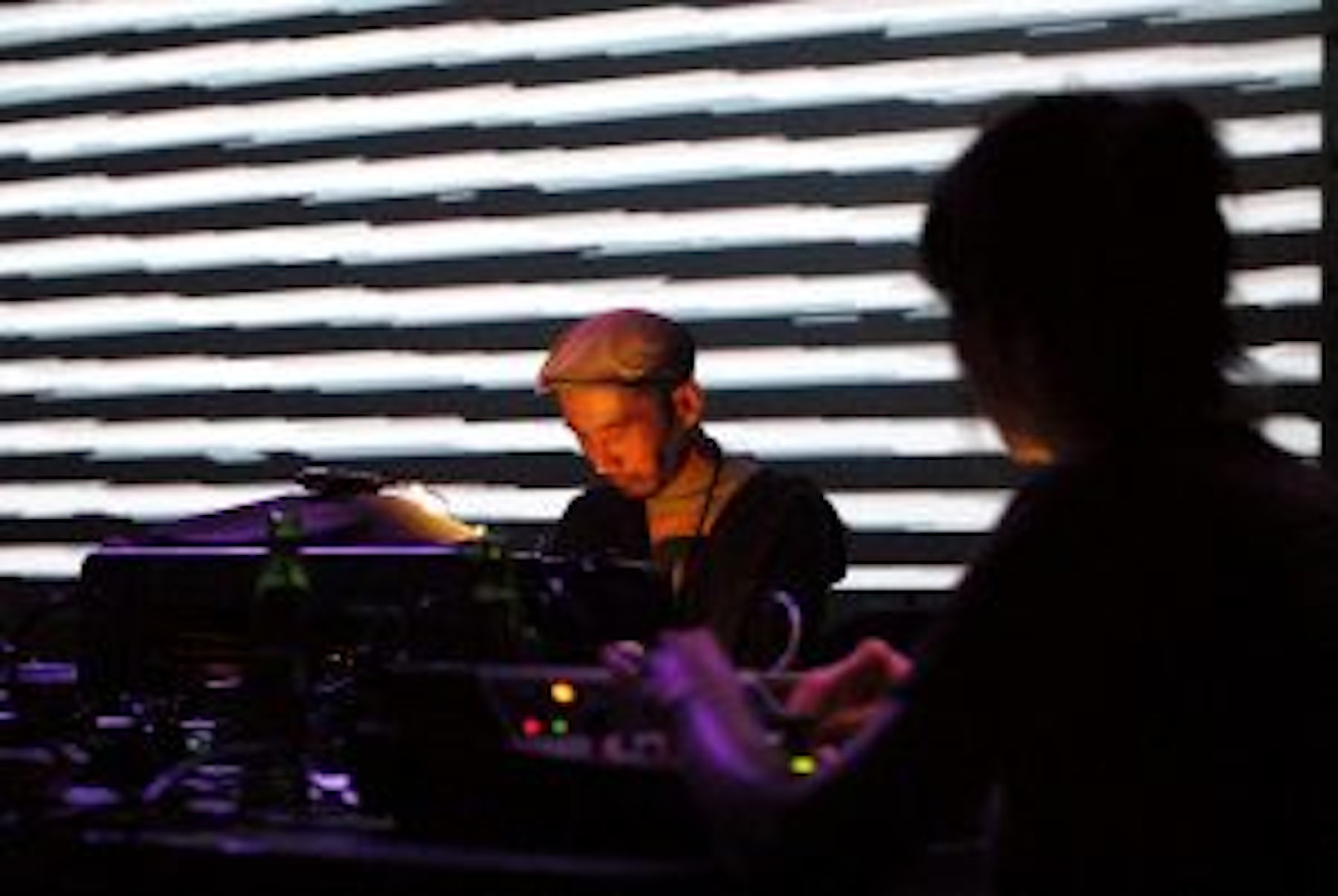 The Dream that Kicks is pleased to present the Austrian/Japanese duo AVVA, performing live video/sound. The event is supported by Atelier Nord and The Austrian Embassy.

Inspired by the idea of the ideo-motor reflex, for the performance ‘ideomotoric chatroom’ Billy Roisz & Toshimaru Nakamura are building up their work as an eclectic machine, whose basic pattern consists of seemingly automatic, unconscious and random actions and reactions. On stage, the duo interacts musically and physically in the room, and visually in an ideomotor feedback loop: two overlapping projections are shown. The screen makes the internal architecture of this ‘ideomotoric chatroom’ visible for the audience.

Toshimaru Nakamura is one of the most important and well-known proponents of Japan’s thriving experimental music community. His instrument is the no-input mixing board, which describes a way of using a standard mixing board as an electronic music instrument, producing sound without any external audio input. The unpredictability of the instrument requires an attitude of obedience and resignation to the system and the sounds it produces, bringing a high level of indeterminacy and surprise to the music.