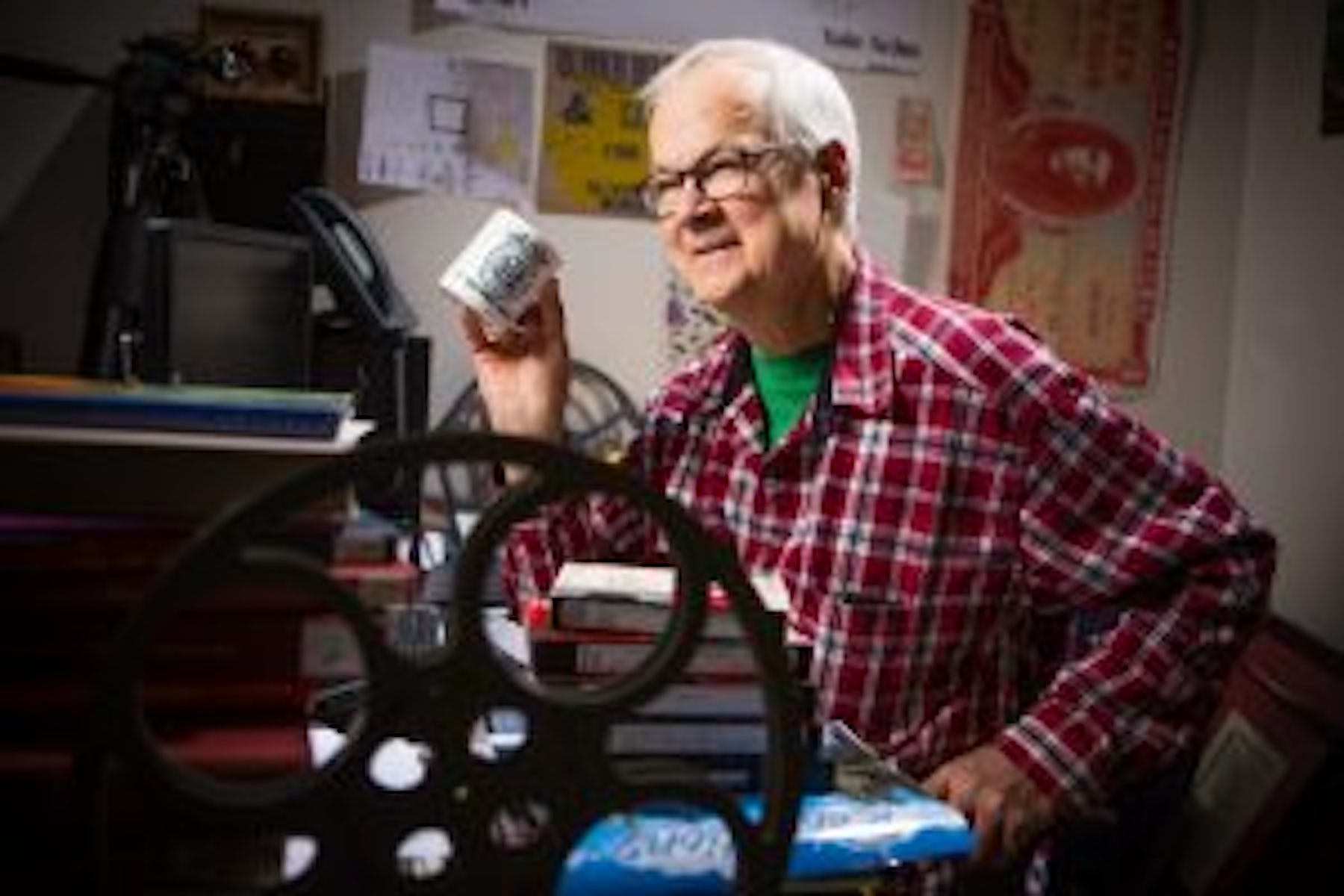 Atelier Nord is pleased to present a series of concerts, an exhibition and a documentary screening honouring artist, musician, filmmaker and experimentalist Tony Conrad (1940-2016) as part of this year´s Ultima festival. Read .Lasse Marhaug’s insightful and personal essay on Conrad here.

Tony Conrad died in April 2016, 76 years old. Conrad was influenced by the compositional ideas of John Cage and Karlheinz Stockhausen while studying mathematics at Harvard. He was a founding member of the Theatre of Eternal Music in the 1960s alongside La Monte Young, John Cale Angus McLise and a host of other figures sentral to the avant-garde scene in New York in the 1960s and 70s. Some will also note that The Velvet Underground never would have seen the light of day without him. Tony Conrad was a pioneering figure in relation to the emergence of so-called structural film during this period, with his directorial debut Flicker (1966) that consisted of alternating black and white images that resulted in pulsating stroboscopic effects. In later years he worked as a professor at The University of Buffalo, New York together with Woody & Steina Vasulka, Paul Sharits, Hollis Framton and Peter Weibel among others. Conrad was active right until the end and visited Oslo in 2008, performing in a series of concerts organised by Dans for Voksne.

As an introduction to Tony Conrad’s diverse life and work we will be screening the brand new documentary Tony Conrad: Completely in the Present by Tyler Hubby daily during Ultima (7.09 – 17.09) at 5 PM. From 18.09 til 02.10 the documentary will be shown from Thursday to Sunday at 5PM. The film premiered in Chicago in June, and was very well received. On concert days it will be possible to purchase a snack in-between the screening and concert.

An exhibition at Atelier Nord ANX will showcase archive material collected by Tyler Hubby during the 22 years he followed Tony Conrad. The material includes documentation of performances , interviews and conversations. The exhibition is open from 1-5PM during Ultima (8.09 – 17.09). From 18.09 – 02.10 the exhibition will be open from 1-5PM, Thursday to Sunday.

We wish to honour Conrad as an influential, lifelong artist and endless source of inspiration. There will be four concerts at Atelier Nord ANX with works written specifically for the occasion:

Paul Williams, producer of Tony Conrad: Completely in the present will hold a talk independent film production on the 12th of September, 3PM titled Why I Burn Bridges: The necessity of independence in my art & film production. The talk will be followed by a screening of the documentary at 5PM.

The programme is curated by Per Platou.

The project has been developed in collaboration with Ultima and NyMusikk with the support of Arts Council Norway and Oslo Kommune kulturetaten.