Transcript From the Beyond Horizons Debate 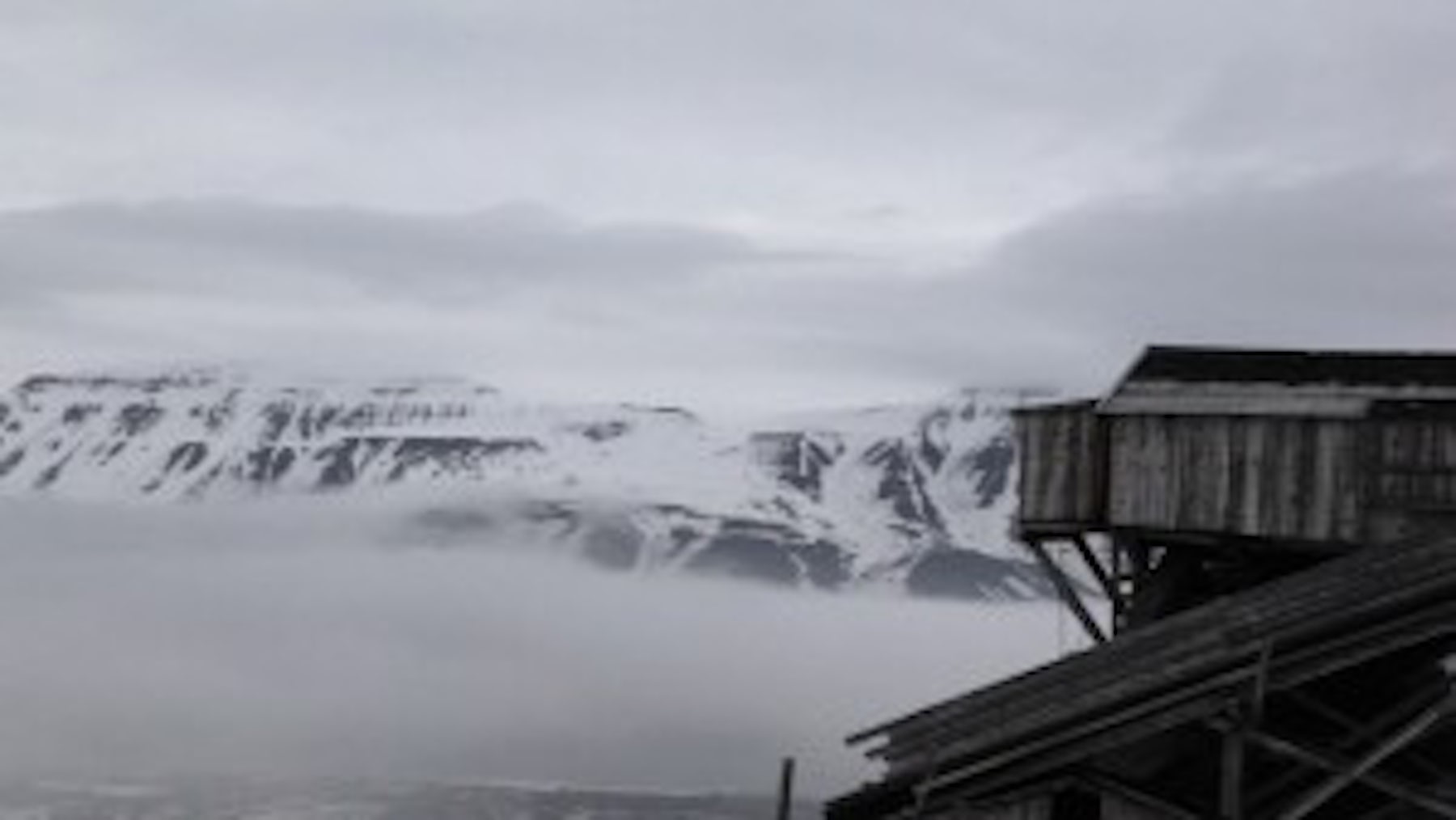 Beyond Horizons – Agenda: The High North

Panel:
Geir Tore Holm – Artist and Director of “The Right to the Land and the Water”.
Svein Pedersen – Curator and Director of The North Norwegian Art Center.
Brigt Dale – Researcher, The Nordland Research Institute.
The moderator was Hanne Hammer Stien, Curator of Beyond Horizons.

After the screening of Beyond Horizons at Verdensteateret in Tromsø Atelier Nord and The Tromsø Art Academy held a panel debate at Verkstedet, Kulturhuset. The main theme of the programme, a tendency within contemporary art which relates to Northern Norway and the High North, focusing on the governance of natural resources and the right to the ocean and land was discussed from both political and art practice related perspectives during the debate.

Moderator and curator of Beyond Horizons Hanne Hammer Stien opened the debate by elaborating on some of the curatorial choices she made while working on Beyond Horizons. Hammer Stien Explained that regional labels such as “Northern-Norwegian art” are highly problematic and that her work with Beyond Horizons eventually led her to a tendency within contemporary art where the work often thematises the governance of natural resources. The tittle Beyond Horizons was chosen because many of the artists working within this tendency are searching for new knowledge – moving towards what we don’t quite yet understand and a future which is both uncertain and open.

Hammer Stien then formulated some general questions regarding the the governance of natural resources in Northern Norway: What exactly is at stake? And is it true that recent changes are of a strictly negative nature? Is it the petroleum and mining industry which will drive future modernization of the north? Is it possible to connect the romantic concept of nature in art relating to Northern Norway to the strategies used by contemporary artists today? The panel consisted of Brigt Dale from The Nordland Research Institute, Artist Geir Tore Holm and Svein Pedersen, curator and director of The North Norwegian Art Center.

After a short presentation of the participants Hanne Hammer Stien directed some of the opening questions towards Brigt Dale. Dale was asked about what it is that is at stake in the debate around the governance in the north, and if it is the petroleum and mining industry which will take over the modernization of Northern-Norway. Dale opened by sketching out some of the background for his own research, emphasizing that the relationship between the local community and industry in the north had been central to his research interests since 2008. Furthermore, he gave a short summary of the relationship between local and national concerns in regard to Northern-Norway and The High North, illustrating that the modernization of Northern-Norway had been a central issue for government after government. Dale said that the larger narrative surrounding Northern Norway had long been based on a vision of the future sold by the state and Statoil where Northern-Norway would play a central part in future oil extraction; a new oil region and a crucial part of financing the welfare state of the future. According to Dale this narrative has become increasingly fragmented in the last few years. So much so that the dividing line between the proponents of increased industrialization and the environmental movement is much less clear than before, resulting in a less certain future. This uncertainty regarding the future is positive according to Dale, as it allows a larger number of actors to participate in forming the future of the north than what was previously the case.

Hanne Hammer Stien then directed some questions towards Geir Tore Holm regarding the role that artists can play in relation the governance of natural resources in Northern-Norway. Holm expressed that it is important that artists participate in public debates. Artists learn to be critical through art academies and this is a quality that society at large can also benefit from. For Holm artists should be concerned citizens. In regard to the influence of trends and market forces on artistic production Holm emphasized that artists tend to jump from one issue to the next, often without thoroughly researching the issue at hand. According to Holm it is harder to “perform knowledge” than to just be for or against something. Holm regards the globalization of contemporary art as a possible cause of these quick thematic shifts.

Svein Pedersen. Hanne Hammer Stien then formulated some opening questions for Svein Pedersen, covering Northern-Norway in an art-historical context: is it correct that artists still romanticise Northern-Norway, and is this a tendency that could be interpreted as an extension of romantic concepts? Pedersen explains that his experience with running residency programmes and art centers in the north suggests that many artists think of the north as exotic, while being at the centre of many important ecological issues. He further explains that it is correct that nature is continuous theme in art relating to Northern-Norway and the north, but that these works often reflect narratives from the news and media and that the artists takes upon him or herself a sort of activist role. In contrast, the romantic artist was concerned with conveying an experience of nature that was spiritual and almost religious; an absolute counterpoint to civilization, emphasizing nature as overwhelming and massive. Pedersen did still show that it is possible to draw certain parallels to contemporary practice – romantic art had an inherent critique of the industrial revolution, a critique of rationality. Certain works in Beyond Horizons such as Oliver Ressler’s Leave it in the Ground argue very logically and rationally, while others, such as Matti Aiko, Karianne Stensland and Kjetil Berge argue against the dominant, rational world order, seeking new models and perspectives. Pedersen ends this reflection by raising some additional issues: how do we represent nature? How do we communicate insights and new perspectives? Do we need new strategies, or can we rely on existing models?

With the opening questions more or less answered by the panel moderator Hanne Hammer Stien allows for a more open dialog between the panalists. Geir Tore Holm asks Brigt Dale to expand on his statements regarding the mediation techniques used by the artists in Beyond Horizons. Brigt uses Geir Tore Holm’s The Right to the Land and the Water as an example, illustrating his confusion regarding the story told in the work. Is it holms story? The man in the film, or a mix of different people? Dale says that visual language in the film is unclear and that the film doesn’t communicate in the way most people are used to in society at large. Dale claims that academics also run into similar problems when presenting research to the general public.

Dale also emphasized the message in Oliver Ressler’s Leave It in the Ground. According to Dale the film’s message that the capitalist systems has to be replaced in its entirety if we are to avoid an ecological catastrophe was too one-sidedly polemical in regard to how the environmental issues where presented. Oliver Ressler, who was present during the screening and debate, responded that art can be used as a political tool for organisations and movements that oppose capitalist structures. Dale continued his line of argumentation regarding a translation problem between art and society and large, arguing that a message that claims that capitalism and the current social order needs to be completely replaced will not convince the right people in regard to environmental issues.

Geir Tore Holm also responded to the critique of artistic practice raised by Brigt Dale. He argued that art can allow for formats that break with mass media conventions. In the case of The Right to the Land and Water Holm conducted a series of interviews rather than interpreting the Finnmark-act in its entirety. Both Hanne Hamme Stien and Svein Pedersen are quick to emphasize that artists have the freedom to tell stories on premises that wouldn’t necessarily fit into other contexts. Pedersen makes it clear that there is certain degree of negotiation involved – artists do want their messages to be understood.

Still from Oliver Ressler’s Leave It in The Ground.

Pedersen asks Dale about when there has been more certainty about the future than there is now. The discussion that follows is just as much about nature as it is about the future. Dale explains that the understanding of nature changed with the scientific revolution. Nature went from being God’s creation to something that Descartes and others proclaimed that man could master. It wasn’t until the 1960s that we begun to understand that natural resources are in finite. Dale cities Tanya Busse og Emilija Skarnulyte’s Hollow Earth and Karianne Stensland’s Det er botn i Vestfjorden as the works in Beyond Horizons that best deal with the relationship between people and the landscape.

There where several questions from engaged audience members.

The debate is opened up for questions from the audience and Knut Erik Dahl, Professor of Urbanism, asks Bright Dale why he criticizes artists for opposing capitalism. Dahl makes it clear that artists can elaborate on dreams that aren’t necessarily realistic visions of the future and that these should be included in the open future described by Dale. Dale answers that if the goal is to change capitalism you need to use a language that people can relate to – not a language that only suggests a cataclysmic doomsday scenario. Dale says that he agrees that capitalism is problematic in relation to ecological concerns, but that a better future involves an open and less polemical dialog, drawing more actors into the discussion.

Ragnar Nilsen from the University in Tromsø is keen to discuss that is there will be less oil extraction in the future. He points out that Northern-Norway has important natural resources like water falls, large fish stocks, nature-based tourism and the possibility of increased agriculture. How does one go about choosing which resources to use in the future? Nilsen points out that this was one of the themes in Geir Tore Holm’s The Right to the Land and the Water and that there is a need for a public debate where both scientists and artists participate.

An artist in the audience asks why it’s a problem for artists if their work is inaccessible? Geir Tore Holm responds that artists have a responsibility to deliver a message that people can understand and that he thinks artists too often take understanding for granted. Brigt Dale responds with an example of a physicist that is financed by the state despite most people being incapable of interpreting his research. We don’t necessarily understand what he’s doing, but we can accept that it’s important. Furthermore he draws upon Herman Hesse’s novel from the 1930’s The Glass Bead Game where scientists work separated from the world at large in a closed society resembling a scholastic order. Dale points out that much of the art world must seem complicated and disconnected from the rest of society for many people. We are told that art is important, but the art world has a responsibility to mediate in a way that more people can understand.

Hanne Hammer Stien comments that artworks don’t always have a cohesive message. Hammer Stien is supported by Svein Pedersen, whom points out that the art world is extremely diverse. The debate wraps up, and the panel thanks the audience.