We Have to Dress Gorgeously 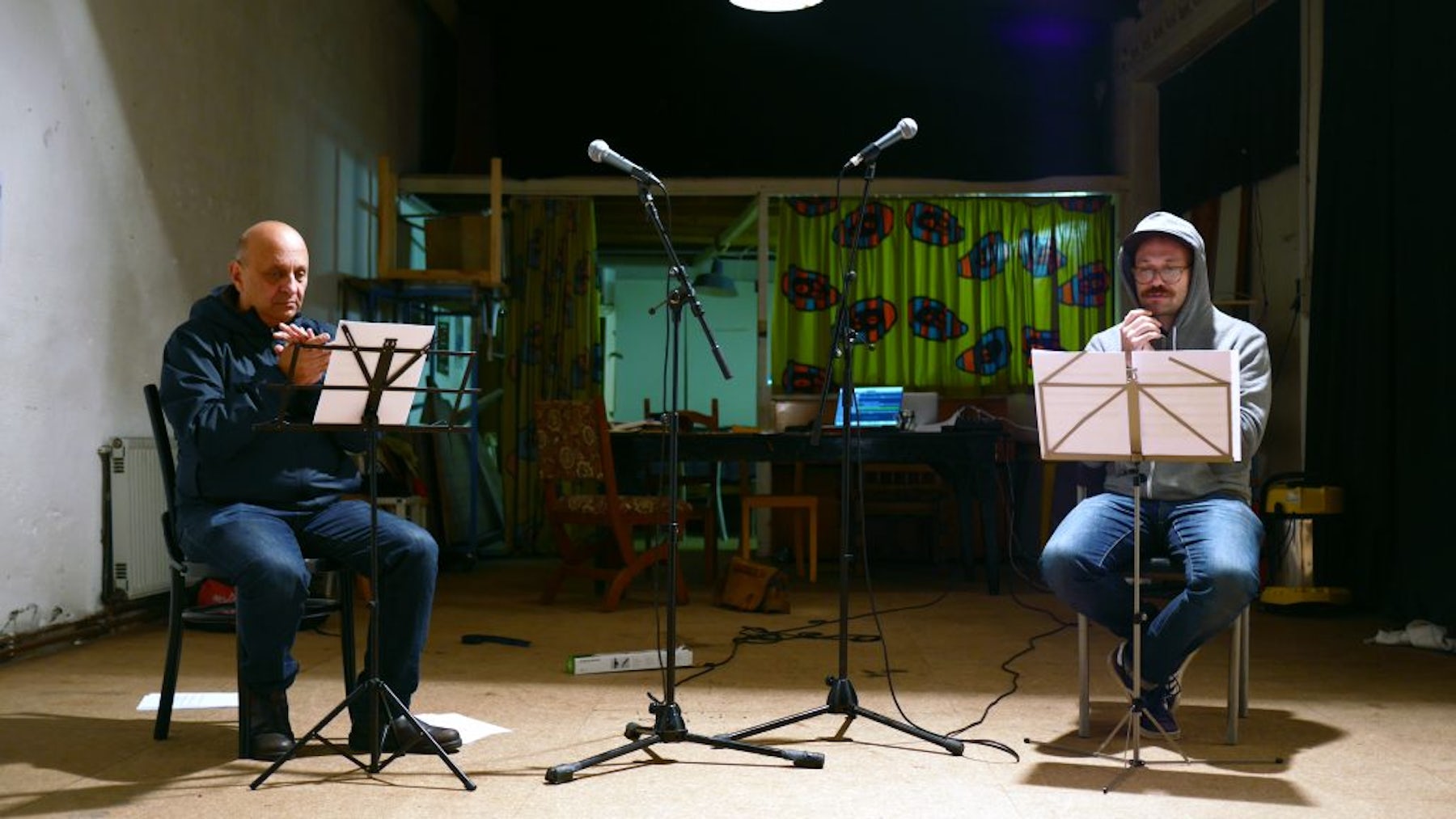 We Have to Dress Gorgeously is a perpetual song performed by two men and three pianists. It’s a song about the relationship between the world of music and war, friendship, logic, healing, freedom, Germany and lots more. Through this simple format we travel into the most remote and often irrelevant corners of history, served as a collection of anecdotes that elsewhere may be thought of as secondary, but here take centre stage. We have to dress gorgeously is a punk history of music (including punk!); a lawless, non-chronological, incorrect and anti-academic approach to history, bridging the artificial divide between western and world music.

Andrea Spreafico is a performance director based in Bergen with a background as an historian, philosopher and visual artist. In 2011 he formed the theater production company Spreafico Eckly together with Caroline Eckly. Spreafico Eckly produces performances, using and mixing various forms of expression. Matteo Fargion, born in 1961 in Milan, is a composer, performer and teacher. He has worked with countless choreographers, theatres and performers all over the world. In a longstanding collaboration with Jonathan Burrows he has produced 11 duets, with which the two tour widely.

We Have to Dress Gorgeously is presented in collaboration with Oslo Internasjonale Teaterfestival.