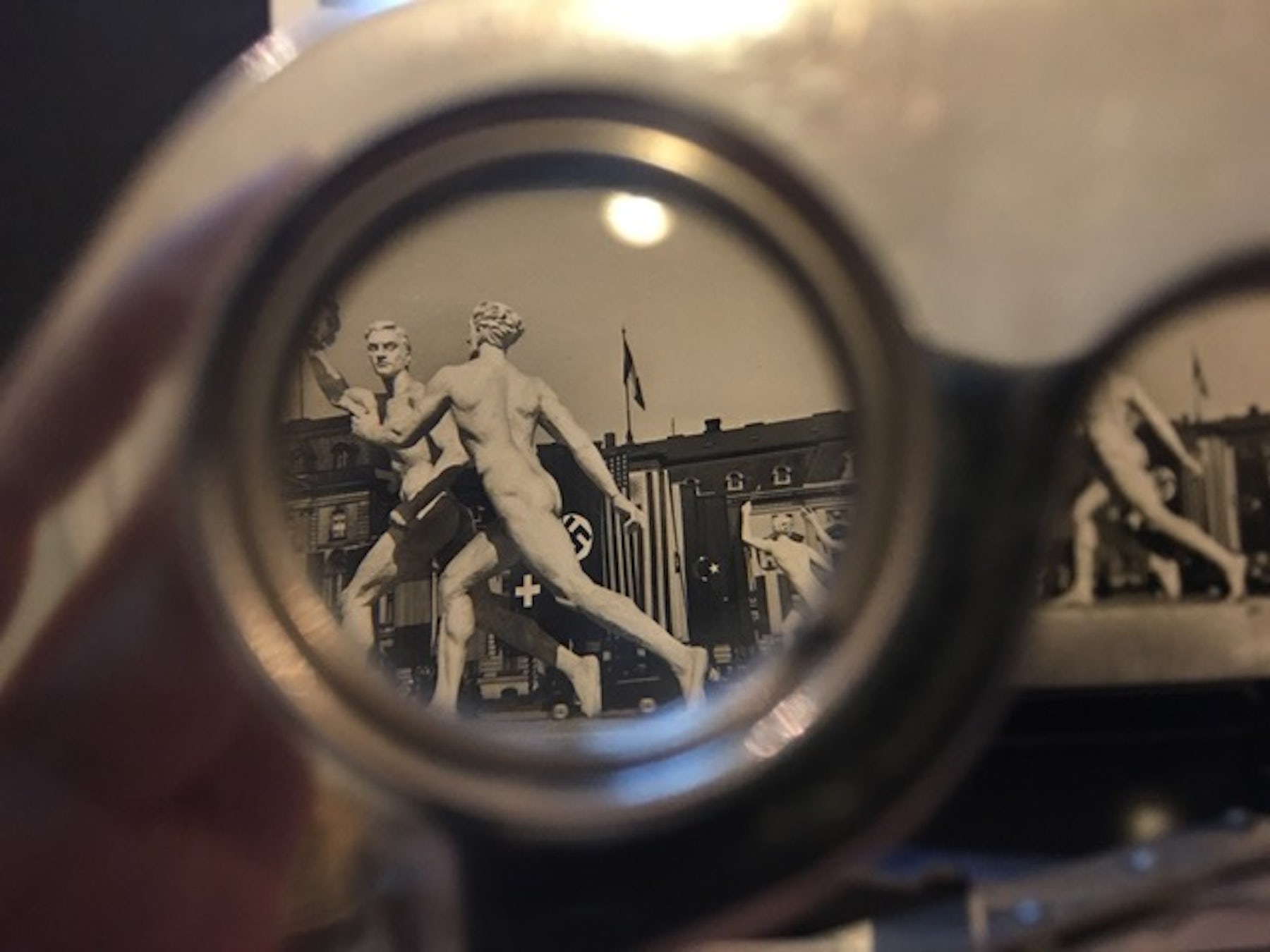 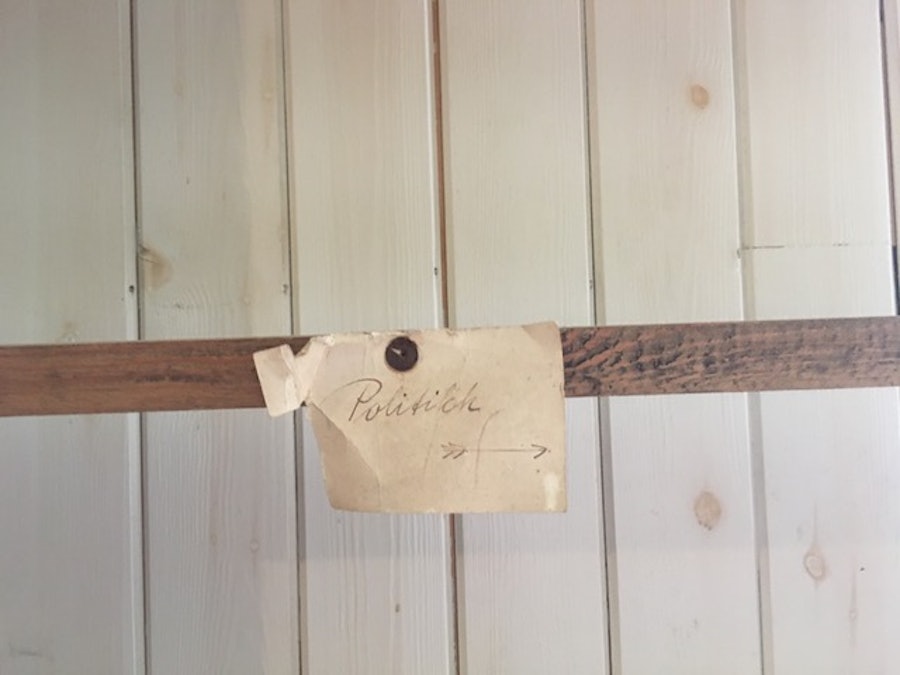 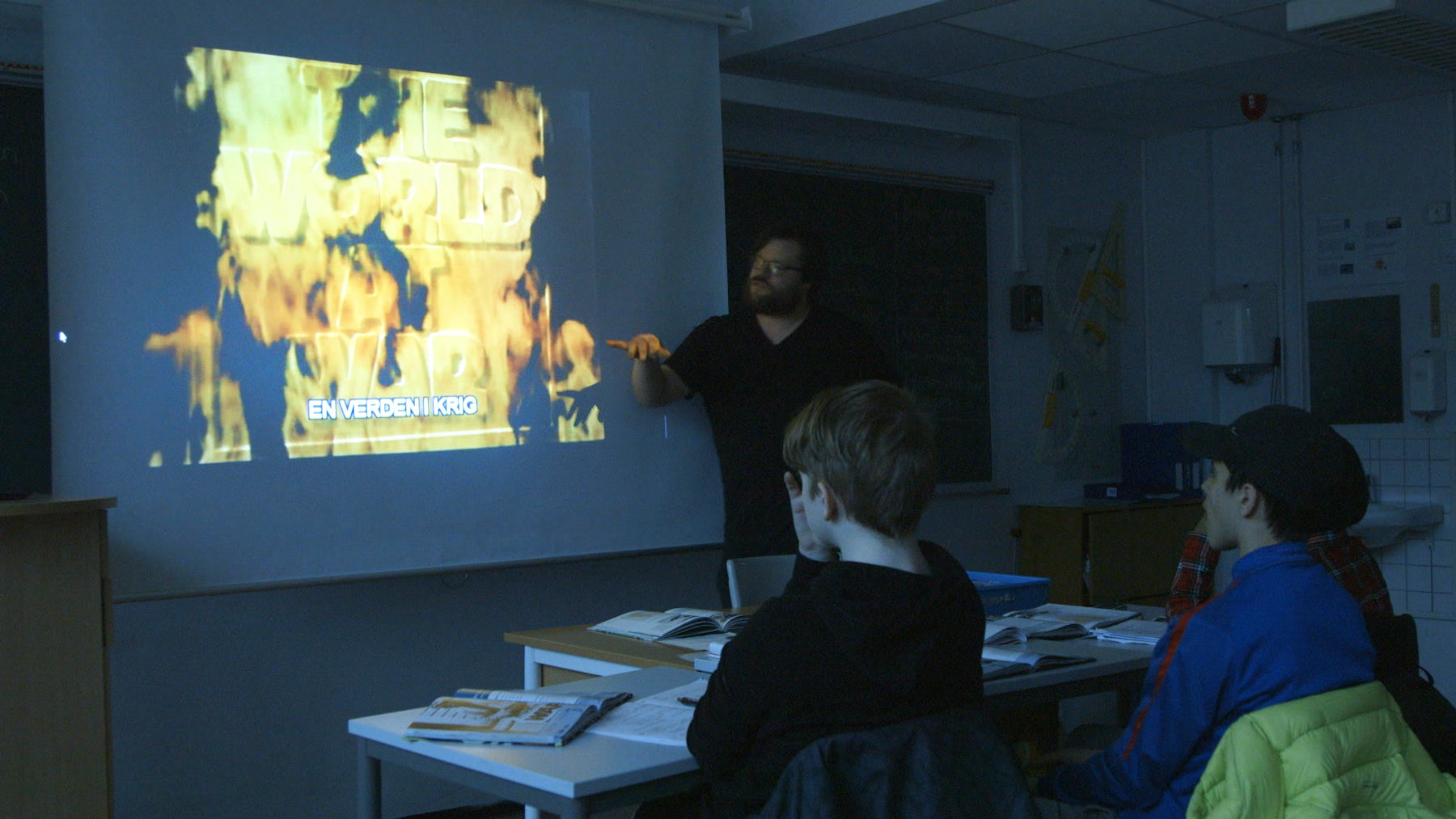 Atelier Nord is closed in compliance with infection control measures from The Municipality of Oslo. We hope to be able to reopen the exhibition late April.

The exhibition’s titular film follows class 9A at Skullerud School as they learn about the rise of Nazism, Quisling’s coup, the holocaust, and Norwegian resistance to the German occupation. The enthusiastic history teacher uses film-clips and debate to impart an interest in the events of The Second World War in a new generation. We step into the classroom and receive a close-up view of the students’ evolving impressions of The War.

Several shorter works explore how narratives about The Second World War are living and always changing. Norway’s War (2021) is a conversation in The National Archives with Synne Correll, historian and researcher at the Norwegian Holocaust Centre. Here, Correll summarises some of the canonical books on the second world war in Norway. Other Stories (2021) encompasses several short narratives on material traces from The War that touch on ideology and community during the war years. Art and Nonart (2020) is the story of the Norwegian Nazi party’s exhibition of “degenerate art” in the Norwegian National Gallery in 1942. Together, these works are an essayistic survey of a war that seems unending. In After School (2021) the students from the titular film talk about what they have learned about The War.

The films are accompanied by photographs and publications that have contributed to our collective understanding of The War, all from Sigmundstad’s private collection. Sigmundstad is interested in the aura that exists in everyday things connected to The Second World War. Why are they fascinating to us? What makes them able to reanimating the past?

Birgitte Sigmundstad (b. 1969) lives in Oslo and primarily works with moving images. She is educated at The Surrey Institute of Art & Design in England. Sigmundstads films are essayistic and are tied to art, art history or historical events. Previous films include Et godt Motiv (2012), Brevet til Kulturministeren (2013), Odel (2016), Hammersborg Protecting the Bygone Future (2017). Sigmundstad was the recipient of Einar Granum’s Art Prize in 2007 and The Norwegian Government’s Income Guarantee for Artists in 2011.