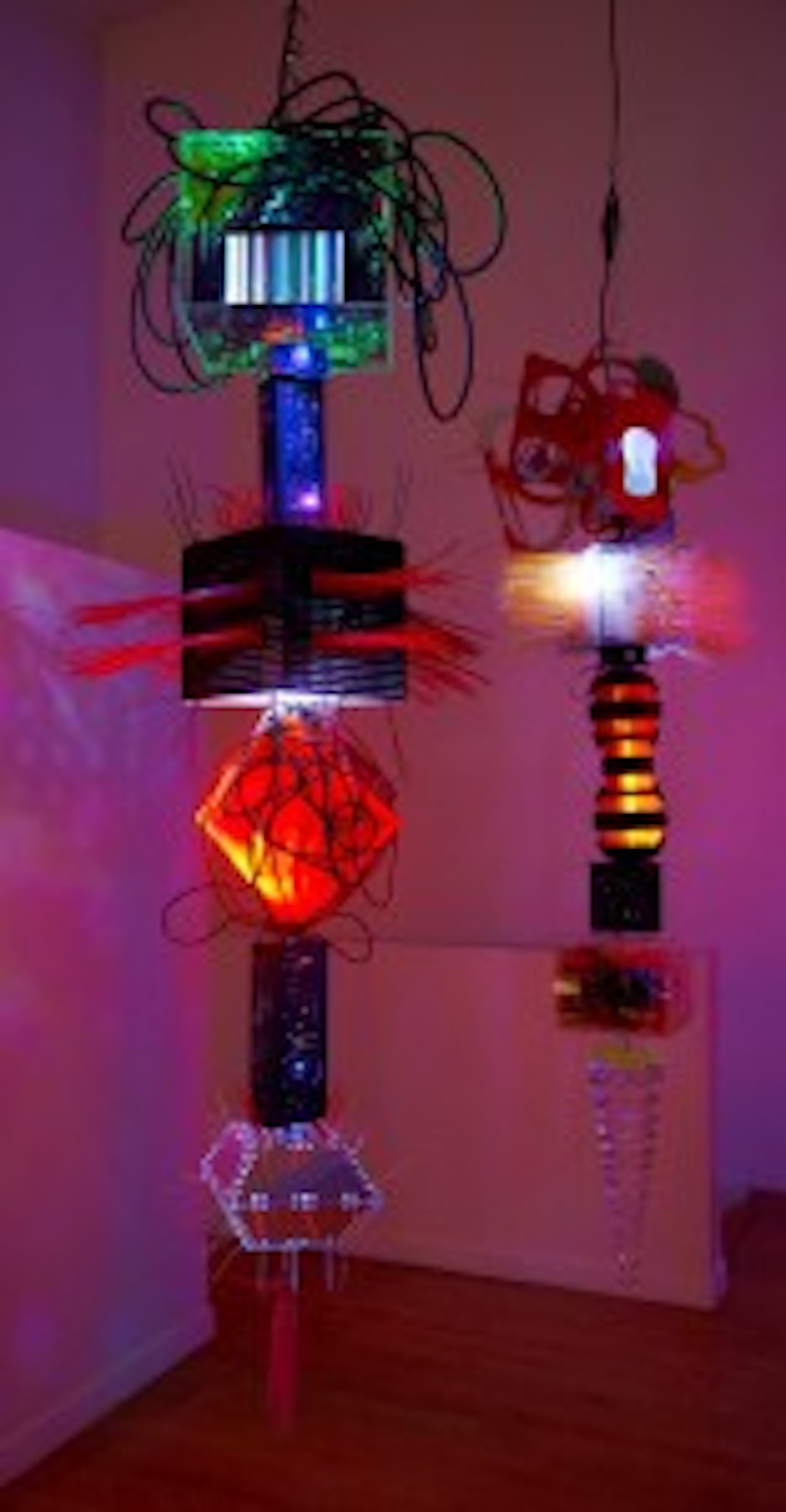 Each WAND is made of a large number of custom-made parts in a diverse mix of textures and materials, enabling each sculpture to maintain a unique mode of expression and responses to the interactions of visitors. Sensors monitor proximity, the density of surrounding mass and touch. When visitors encounter the WANDS they can affect these distinct and mysterious objects through movement and touch – coordinating between man and machine.

Arthur C. Clarke’s third law famously states that any sufficiently advanced technology is indistinguishable from magic. With the WANDS project MyrvoLD aims to capture and revive the classical fairy tale and mythical ethos of the magic wand through the use of interactive media and robotics, accessing the potential of the unexplained or mystical – popular themes in contemporary literature, games and virtual worlds. Media allowing access to modes of experience that were previously confined to fantasy.

MYrvoLD connects the WANDS project to ideas initially developed in her early paintings, as well as in sculpture series’ Voyage and Silent Partners (1988). In these works, MYrvoLD began building her visual elements as sets of codes, were the combination of various codes (hybrids) are the basis for the transmitted value of the art work. Similarly, each WAND has a specific set of parameters, with certain parameters overlapping with other works in the series, causing a symbiosis of changing (machine) forms.

PIA MYrvoLD is based in Paris and perhaps best known for her multiscreen, interactive new media installations, extending the visual language she first developed in her painting, drawing, textiles and sculpture. Her work is often interdisciplinary, as in the case of her cyber couture clothing collections, transcending boundaries between media art and other forms of practice. Major solo exhibitions by MYrvoLD include Art Avatar at The Centre Pompidou (2015), Works in Motion at The Stenersen Museum (2012/2013) and FLOW, which was held concurrent with the 2011 Venice Biennale. MYrvoLD also participated in We Love Video This Summer (2014) at PACE Gallery Beijing.

The exhibition is supported by Arts Council Norway and by supporters on the crowdfunding platform Kickstarter.