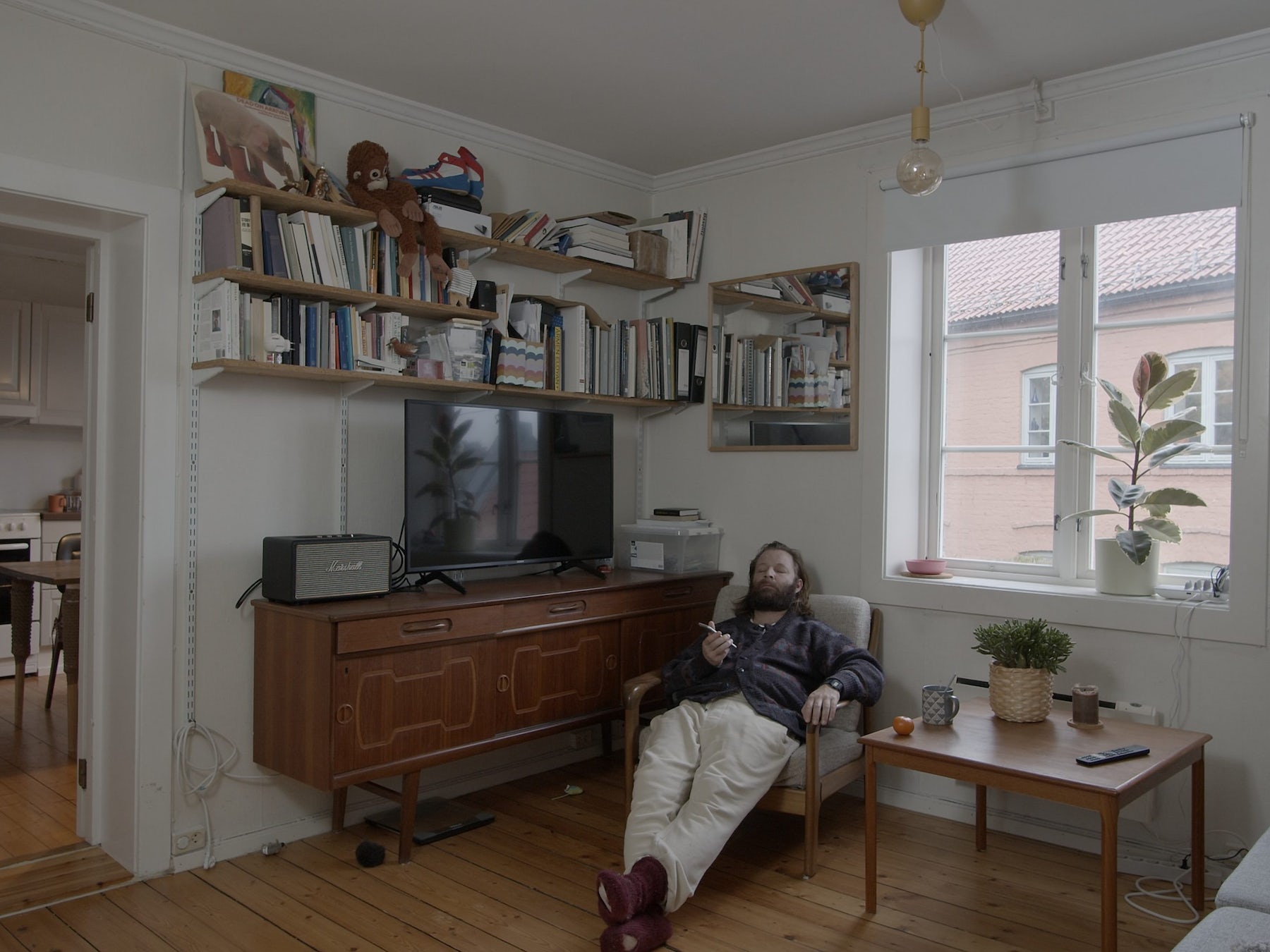 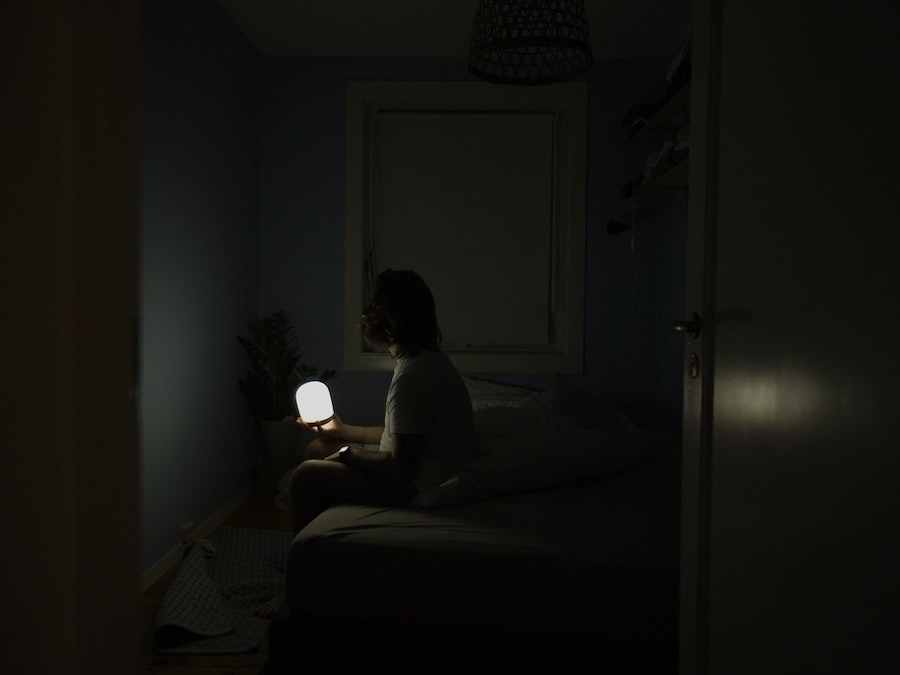 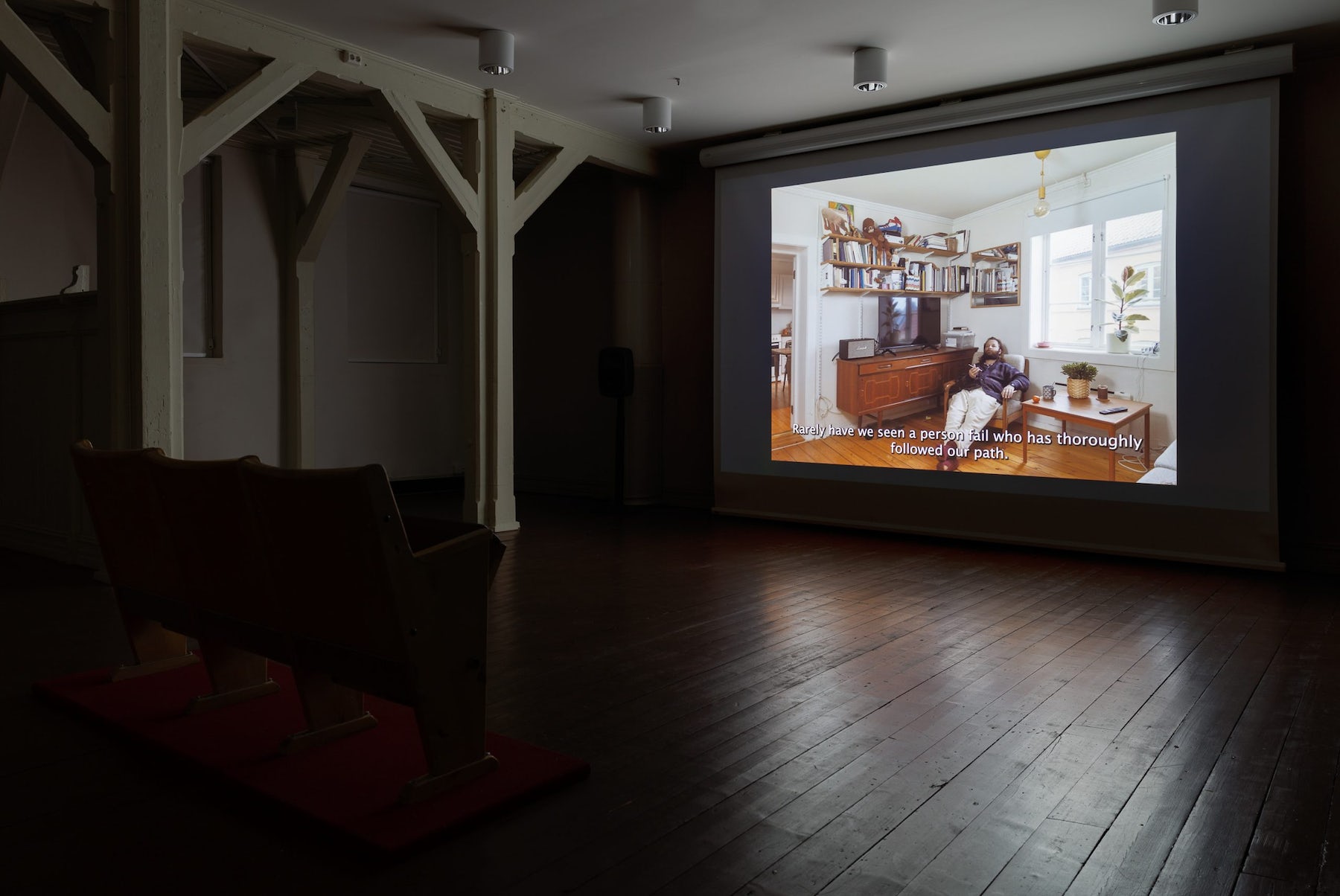 Yafei Qi’s film Hours and Hours follows the daily routine of a man that has confined himself to his apartment over the course of three days. He feeds his cats, showers, eats breakfast, and takes medication. He cleans, observes life on the street through his window, watches TV and reads a few pages in a book. Monotony gradually into morphs into loneliness and finally alienation and anxiety.

The Swedish historians Lars Trägårdh and Henrik Berggren use the term “statist individualism” to argue that the contract between the state and individual in the Nordic countries is not collectivist, as is often assumed, but hinges on the state guaranteeing individual freedom. Qi became interested in this idea during the pandemic. How do we care for neighbours or relatives in difficult times? If we follow Trägårdh and Berggren, then perhaps in the Nordic countries we consider care a responsibility of the state rather than the family. There is an expectation that the state will care for the elderly and the sick, pay for higher education and so on, thereby guaranteeing freedom for the individual. From this perspective, the typical Nordic person is a hyper-individualist.

Chantal Akermans film Jeanne Dielman, 23, quai du Commerce, 1080 Bruxelles (1975) has been a key reference for Qi while working on Hours and Hours. Like Akermans film, Hours and Hours shows everyday tasks performed over a few days in a small apartment. But unlike Jeanne Dielman, who lives her life in the service of others, as a mother, cooking and cleaning and working as a prostitute, Qi’s protagonist has his basic material needs met by the state.

Yafei Qi lives and works in Oslo. She received her MFA from The Art Academy in Bergen and her BFA from The Central Academy of Fine arts in Beijing. Previous solo exhibitions include Wearing the Fog, Migrant Bird Space, Berlin, 2019; Life Tells Lies, NoPlace, Oslo, 2017.

Hours and Hours is supported by Regionale prosjektmidler from Kunstsentrene i Norge (KiN). This exhibition is the result of Atelier Nord’s yearly Open Call. 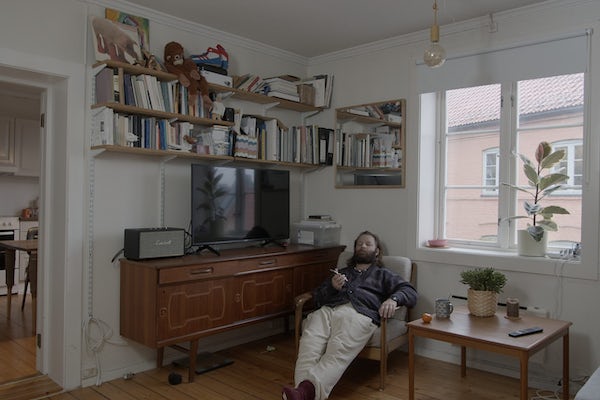